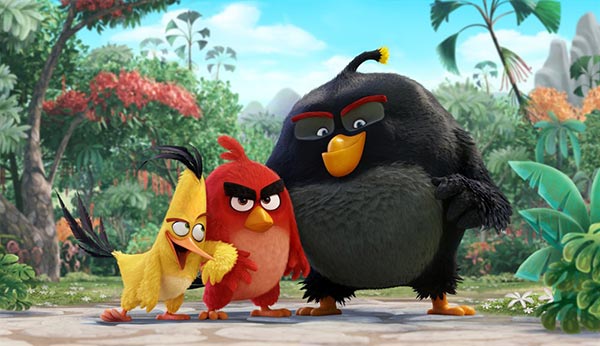 A scene from The Angry Birds Movie. [Photo/Mtime]

How to make quick money?

By producing a movie based on a mobile game.

Since its global debut early this month, the Angry Birds movie has gained a box office of more than $151 million.

Another game-themed movie, Warcraft, will be in cinemas soon and social networks are already full of fans expressing their love for the video game. It is expected to make even more at the box office than Angry Birds.

It is increasingly popular for companies to develop derivatives of video games. Besides movies, spin-offs include toys based on figures in the games, and items such as key rings and backpack decorations.

When a game is popular enough, there are also conventions, which bring in ticket revenues from audiences and copyright fees. And as Virtual Reality is gaining popularity, game companies have an additional channel with which to profit from fans' desire to be immersed in game worlds.

In its 2016 annual report, the US-based Entertainment Software Association even predicted that the value of the related industries will soon exceed the value of the video game industry itself. That does look to be on cards if the seventh Blizzard Entertainment carnival in Anaheim Convention Center in Los Angeles is any predictor, as it raked in over $3 million from sales of derivatives on the first day.

The first cause, doubtlessly, is insufficient intellectual property rights protection in China. Many of the derivatives have high prices because they contain the cost of IPR.

Besides, for a long time, video games have been demonized by the public education system. Video games are considered a bad influence on children and many schools prohibit their students from playing them. Young people, especially middle school students, are the biggest group of buyers for game derivatives in many countries, but in China they are often forbidden by their parents to do so.

Parents spend lots of money on materials for exams that put a heavy burden on their children, but few will spend money on video games. It is hard to imagine a middle school student wearing a T-shirt with figures from video games in school in China, as it would in all likelihood result in the student being disciplined.

Actually, it is not just game derivatives, but also the whole entertainment industry that is affected by this. Data show that in 2014, US consumers spent more than $140 billion on entertainment derivatives, while Chinese consumers only spent $6 billion. The weak IPR protection and the unfriendly atmosphere for digital entertainment in China are the main reasons for this huge difference.

That's not necessarily bad news because it implies there is huge potential waiting to be tapped, and the government is effectively strengthening IPR protection.

Besides, as the post-1980 generation, who grew up with video games, become parents, they hold a more tolerant view toward video games and their derivatives. They would rather guide their children on video games every day than totally ban them. There are more young people in China than in any other country; it's a huge market waiting to be tapped.