Despite the coronavirus pandemic – and in several instances, because of it – there have been a lot of important developments in the intellectual property world this year.

The events of this year will undoubtedly go on to shape IP law, policy and business for the foreseeable future – and we felt it was important to recognise the people who drove this change, or made a significant contribution to it in some way.

This year’s list of the 50 most influential people in IP features an array of political figures, judges, in-house counsel, IP office leaders and notable figures from all walks of life across Europe, North America and Asia.

Without giving it away, the list includes a judge who wrote the book on virtual trials in a North American country, a public official who nearly derailed Europe’s chances of a harmonised patent system, and two in-house lawyers who were in seventh heaven after a high court copyright win.

It is worth noting that anyone whose main job involves working for a law firm was not eligible for the list; they are rated and ranked in many other places (including IP STARS).

The names were picked by Managing IP’s journalists with some assistance from our readers. The list is not intended as a definitive ranking, but rather the start of a debate, so we have simply organised the top 50 into five categories and then in alphabetical order. 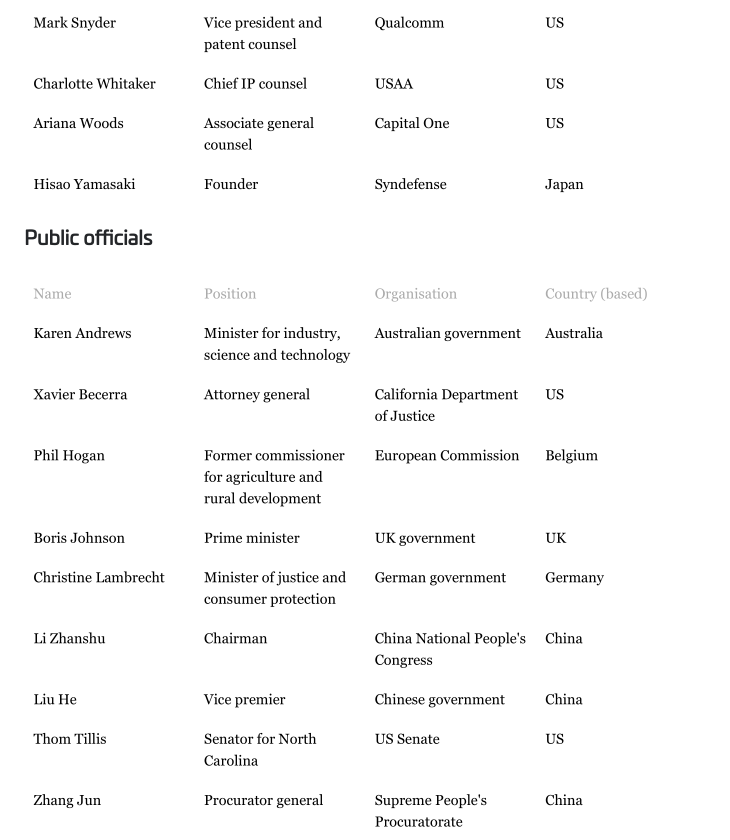 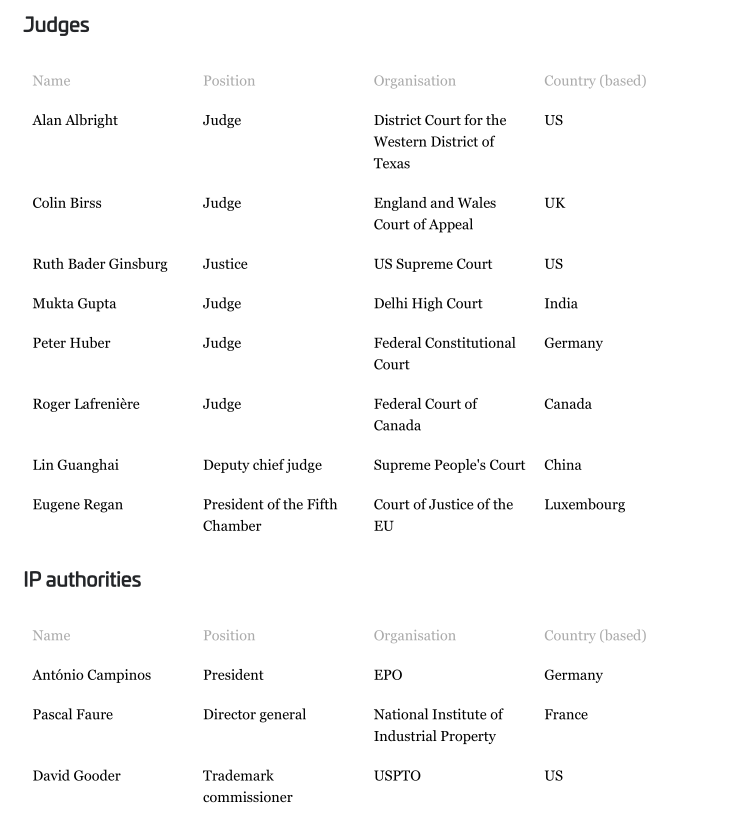 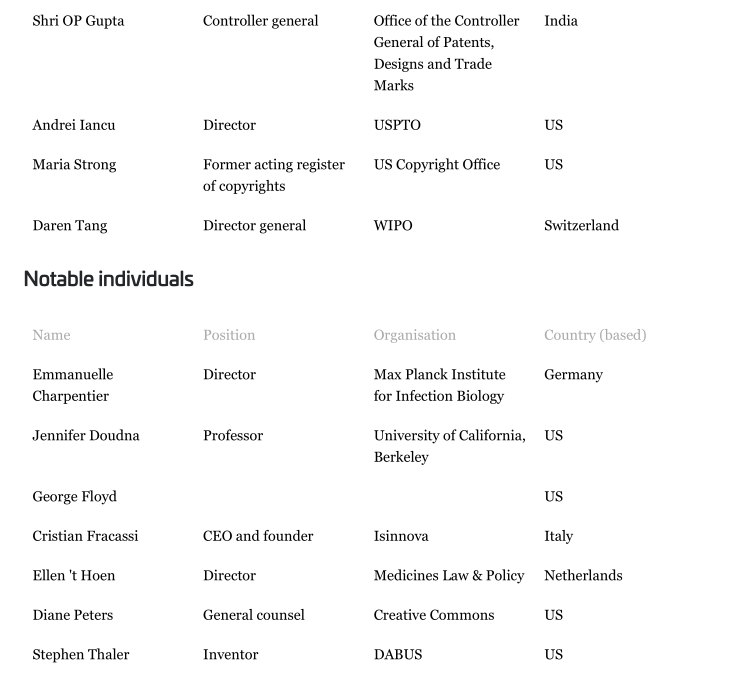