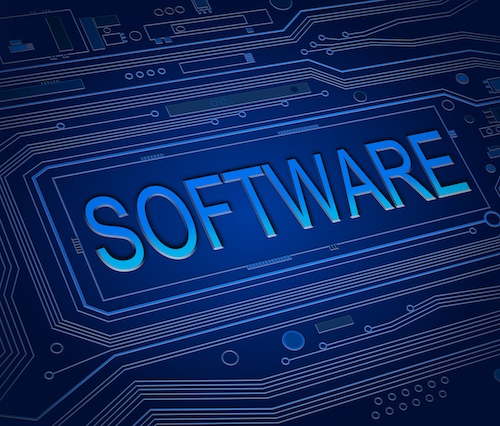 As an update to my posts from2017,2019,2020,March 2021, andAugust 2021, it has now been 93 months since the U.S. Supreme Court’s 2014Alice Corp. v. CLS Bankdecision. Yet the debate still rages over when a software (or computer-implemented) claim is patentable versus being simply an abstract idea “free to all men and reserved exclusively to none” (as eloquently phrased over 73 years ago by then-Supreme Court Justice Douglas inFunk Bros. Seed Co. v. Kalo Inoculant Co.).

Further, it has been 11 years since famed venture capitalistMarc Andreessenwrote the influential and often-quoted op-ed piece in theWall Street Journaltitled “Why Software Is Eating the World.” Today, the digital transformation where software is “eating the world” is undeniable. Let’s look at some facts and figures from the USA, Europe, and China.

In 2021, M&A values in the technology sector exceeded USD 1 trillion, the highest year on record, with a 64% increase versus 2020. And, software deals accounted for almost half of all the technology sector’s deals by value, seeing an increase of 121% compared to 2020 [Allen & Overy]. The United States is the largest technology market in the world, representing 33% of the total estimated IT spend for 2022, followed by Europe at 19% and China at 14% [CompTIA].

So, given the above, we sought to determine what percentage of U.S. Patent and Trademark Office (USPTO), European Patent Office (EPO)-, and Chinese Patent Office (CNIPA)-issued patents are “software-related”.

To define what patents are “software-related,” we utilized the same methodology employed by the United States Government Accountability Office in a2013 reportto Congress. That report relied on certain United States Patent Classification (USPC) classes and subclasses of applications most likely to include software-related claims as selected by expert advisors to the USPTO. Now, with the assistance of IP services firmClairvolex(and after converting from the USPC system to the Cooperative Patent Classification (CPC) system), data was pulled from thePatSeer Global Patent Database. The results? Well, even in a post-COVID-19 world where USPTO patent grants were down 7%, we found that in2021:

1%of issuedU.S. utility patents were “software-related” (relatively unchanged from the 63.2% in 2020)

2%of grantedChinesepatents were “software-related” (keeping pace with the 40.2% in 2020) 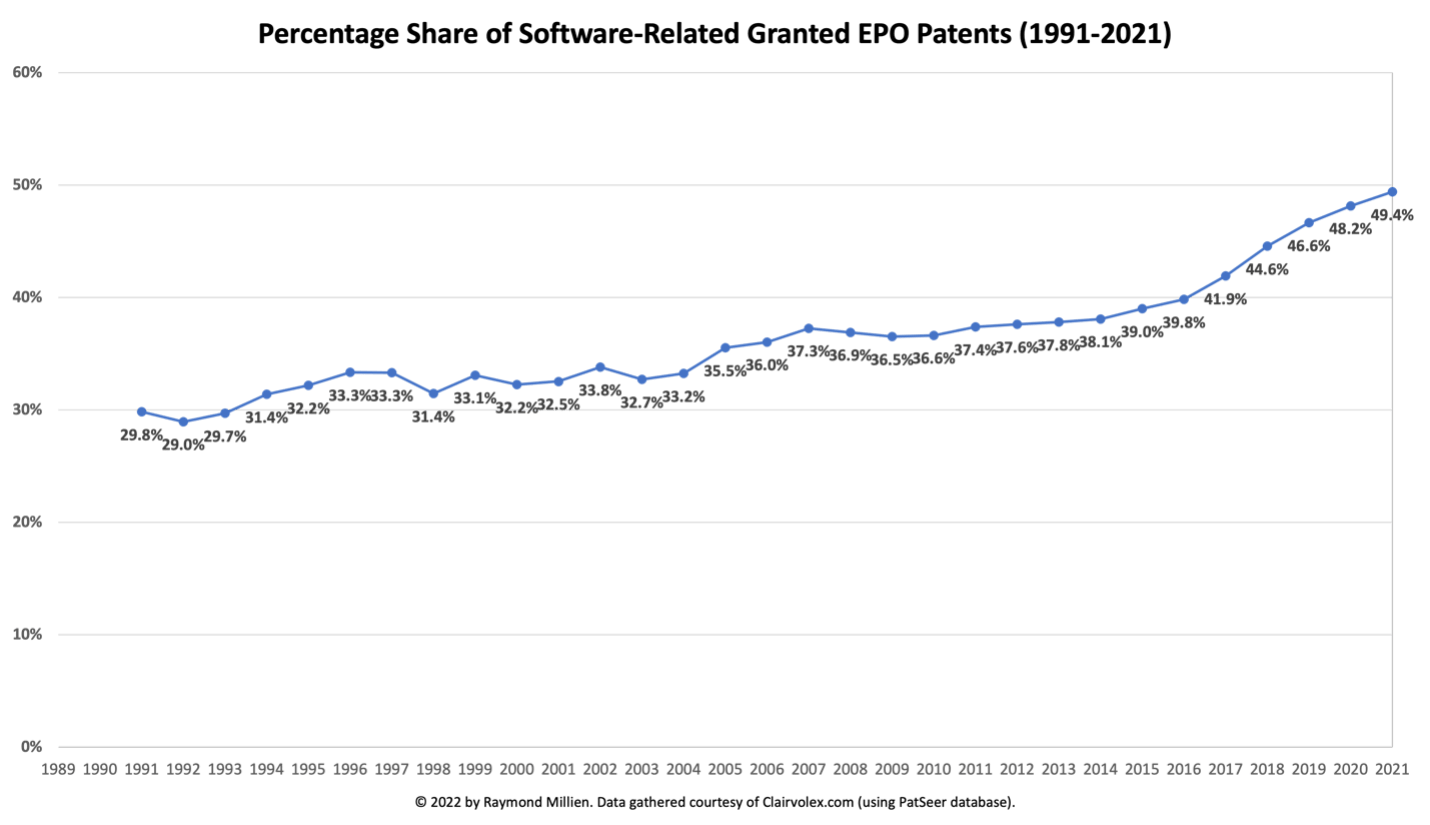 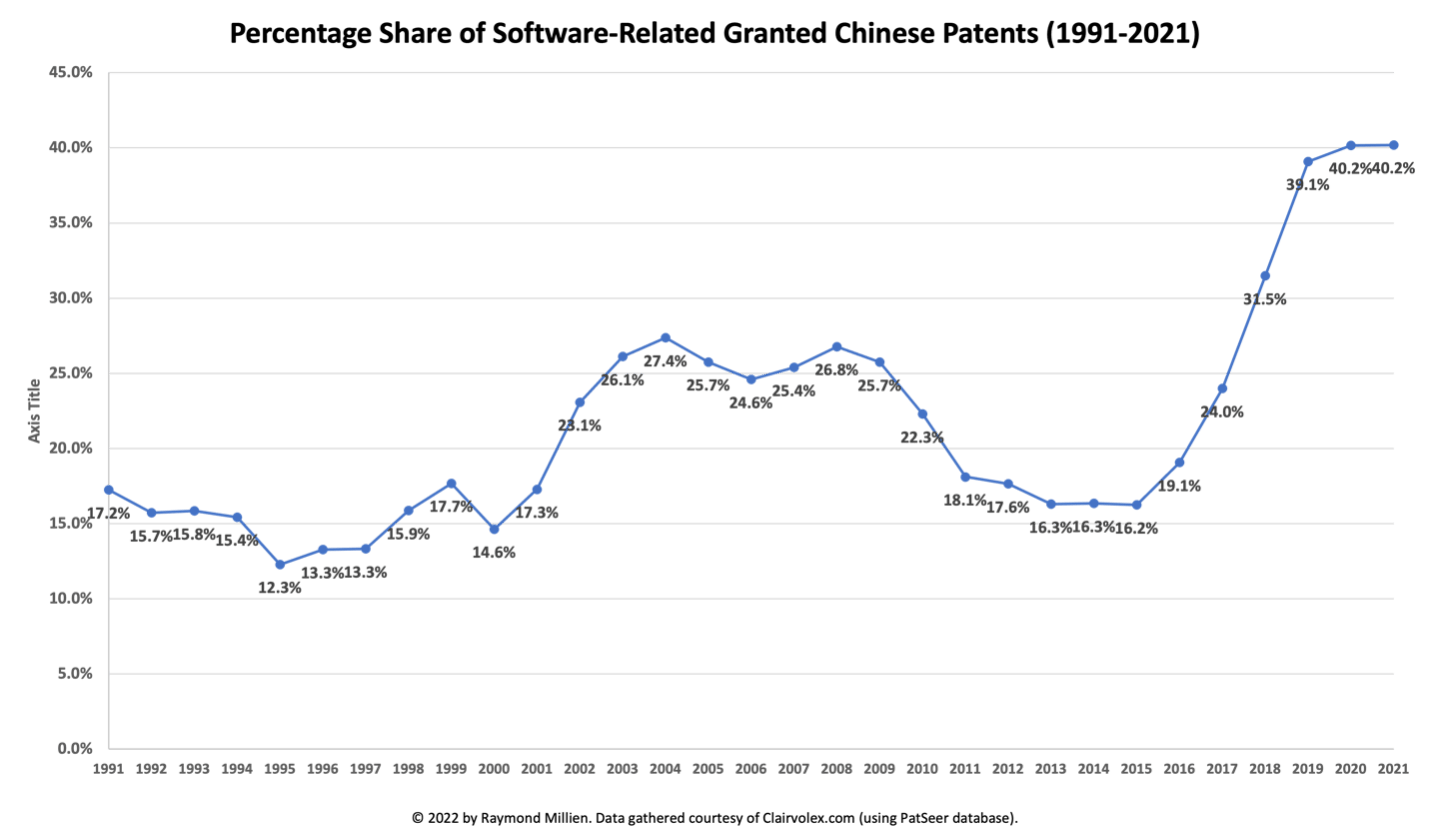 Digging deeper into these numbers, we found that the top 15 software-related U.S. granted utility patent assignees for 2021 were: