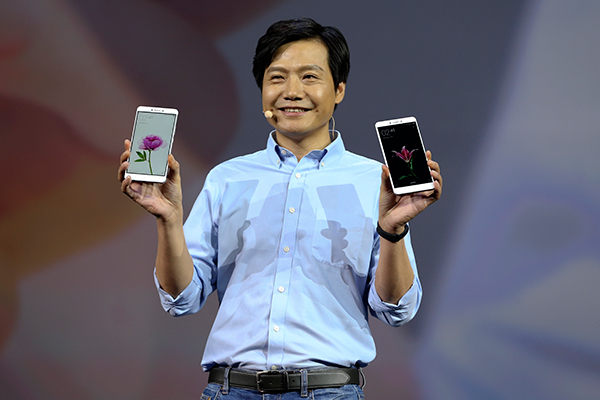 Xiaomi Corp has bought nearly 1,500 technology patents from Microsoft Corp in a deal that may smoothen potential legal tangles over intellectual property as it pushes beyond China.

The acquisition came as part of a broader agreement announced on Wednesday with the US software giant, under which Microsoft Office and Skype will come pre-installed on devices made by the Chinese smartphone maker.

Xiaomi, which vies with Huawei Technologies Co for the title of China's biggest mobile brand, has begun selling phones in the emerging markets, but its lack of a wide-ranging mobile patents portfolio has been perceived as a stumbling block to a broader expansion into markets such as Europe or the United States. The company's push into India was met with a lawsuit from Ericsson AB.

"This will help our ease of operation in new markets," Hong said of the patents deal.

The deal also marks a rare sale of patents by Microsoft to a company in China, where it is facing a government antitrust investigation while simultaneously trying to fight piracy.

Microsoft moved into phone production almost two years ago when it bought Nokia's handset division for $9.5 billion in a bid to make the company relevant in consumer computing beyond PCs. The company has since written down most of that purchase and in May agreed to sell its feature phone business to FIH Mobile Ltd and HMD Global for $350 million.

"As demonstrated by this agreement with Microsoft, Xiaomi is looking to build sustainable, long-term partnerships with global technology leaders," Xiang Wang, a senior vice-president at Xiaomi, said in a statement.

Technology companies use their intellectual property, which includes patents and trademarks, to protect innovations and provide a type of currency when it comes to using that of others through cross-licensing deals.

The 2014 Indian lawsuit, which focused on Ericsson inventions enabling wireless devices to connect to networks, resulted in a court banning some Xiaomi devices in what was the Chinese company's biggest overseas market.

Xiaomi founder Lei Jun needs his company to expand beyond China, where it sells devices at near-cost and then counts on services for revenue. While Xiaomi's home is the world's biggest market, growth has slowed.