The Supreme Court will hear an ongoing copyright case between Swedish fast fashion giant H&M and pattern-making company Unicolors, and consider whether the U.S. Court of Appeals for the Ninth Circuit erred in breaking with its own precedent, as well as the findings of other circuits and the Copyright Office in holding that the Copyright Act requires a district court to seek guidance from the Copyright Office when there are questions about the validity of a copyright registration but no evidence of fraud or material error on the part of the application-filing party.

The case got its start back in April 2016 when Southern California-based Unicolors filed suit against H&M in the U.S. District Court for the Central District of California, accusing the fast fashion behemoth of infringing one of its geometric patterns – by way of a “remarkably similar” print – for two styles of garments. On the heels of a December 2017 verdict, in which a jury found that H&M had willfully infringed Unicolors’s copyright-protected pattern, and awarded the pattern company $846,720 in damages, attorney’s fees, and costs, H&M appealed.

At the heart of H&M’s appeal was its claim that Unicolors lacks a valid copyright registration for the fabric pattern at the center of the case because Unicolors had improperly used a single copyright application to register 31 separate works. Despite claiming that all of the individual patterns were published together, making them an appropriate “single unit” for one collective copyright application and registration, H&M claimed that Unicolors actually sold some of the patterns separately to different customers – at different times, thereby, making the company’s registration invalid.

In a decision dated May 29, 2020, the Ninth Circuit reversed the jury verdict and sided with H&M on the basis that there is no intent-to-defraud requirement for registration invalidation and that the district court failed to adhere to 17 U.S.C. § 411(b)(2) – which requires district courts to ask the Register of Copyrights whether registration would have been refused if the Copyright Office had known the information was inaccurate – when it did not refer the matter to the Copyright Office after H&M alleged that the registration contains inaccurate information that Unicolors knowingly included in its application.

Fast forward to January 2021, and Unicolors filed a petition for a writ of certiorari, which the Supreme Court granted in June. According to Unicolors’s petition, the Ninth Circuit got the case wrong, as the judges’ ruling concerning the timeline of the publication of the works covered by the single-unit copyright registration was “flawed because there was no evidence supporting [their] conclusion that the designs were separately published before certain designs were categorized as confined in Unicolors’ registration certificate.” With that in mind, Unicolors claimed that there was “insufficient evidence to deduce any sort of error that would require referral to the Copyright Office under 17 U.S.C. § 411(b).” 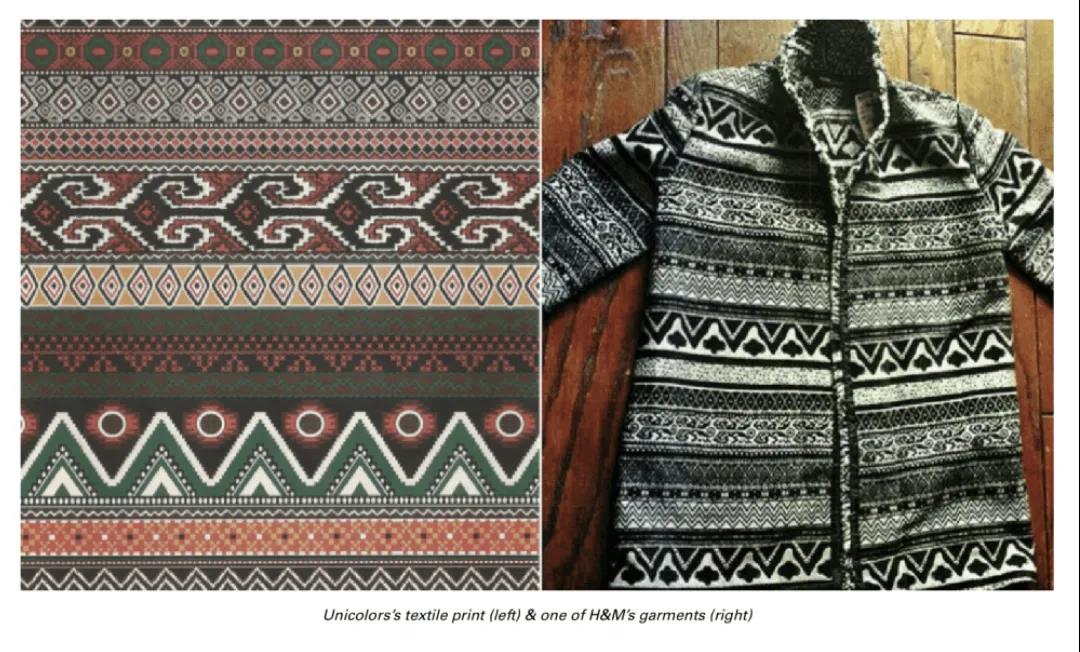 “The panel’s ruling concerning the applicability of 17 U.S.C. § 411(b) was also flawed,” according to Unicolors because “many courts, legislative and administrative authorities, and the leading copyright treatise have uniformly interpreted the Prioritizing Resources and Organization for Intellectual Property Act of 2008 …  to codify the doctrine of fraud on the Copyright Office and thus, to allow invalidation under section 411(b) only when the registrant is shown to have acted in bad faith or intended to defraud the Copyright Office.”

Looking ahead to the Supreme Court’s consideration of the case, Fish & Richardson P.C. principal Kristen McCallion says that it is widely agreed on by copyright practitioners that the section 411(b) issue is “ripe for review,” particularly given that disputes about copyright registration errors – which can stem from “a number of factors, including unclear guidance about registration rules, a simple misunderstanding of what the application requires and, most relevant to the issue at hand, purposeful or knowing inaccuracies” – are “common in litigation.”

Meanwhile Finnegan attorneys Samuel Eichner and Margaret Esquenet have noted that in granting certiorari, the Supreme Court may be looking to “resolve an apparent circuit split on the issue of whether there is an intent-to-defraud requirement before a referral is made to the Copyright Office under Section 411(b).” At the same time, the Court may also be aiming “to clarify the strength of a copyright registration’s presumptive validity and/or the extent to which the Copyright Act requires courts to defer to Copyright Office determinations under section 411(b)(2) as to whether inaccuracies, if known, would have caused the Copyright Office to refuse registration.”

Ultimately, Eichner and Esquenet assert that because intent to defraud is generally difficult to prove, “the Supreme Court’s decision should have a significant impact on the strength of copyright registrations” – which are now prerequisites to filing copyright infringement actions – “and their susceptibility to validity attacks based on perceived inaccuracies in registrations.” As such, the decision has the potential to impact copyright application practices.