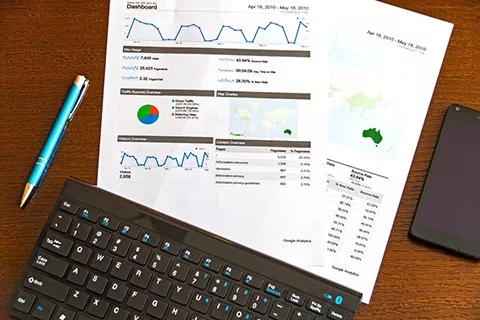 The 2019 edition of WIPO’s World Intellectual Property Report analyzed millions of patent and scientific publication records across several decades to conclude that innovative activity has grown increasingly collaborative and transnational, while originating in a few large clusters located in a small number of countries.

Some 30 metropolitan hotspots alone accounted for 69 percent of patents and 48 percent of scientific activity during the 2015-2017 period. They are mostly located in five countries – China, Germany, Japan, the Republic of Korea and the United States of America (U.S.).

The report finds that innovation has become more collaborative. In the early 2000s, teams of scientists produced 64 percent of all scientific papers and teams of inventors were behind 54 percent of all patents. By the second half of the 2010s, these figures had grown to almost 88 and 68 percent, respectively.

Collaboration has also become more international in nature. The share of scientific collaborations with two or more researchers located in different countries grew to around 25 percent in 2017. For patents, the share of international co-inventions increased to 11 percent until 2009, but has since slightly fallen, partly because of rapid growth in domestic collaborations in certain countries. Most international collaboration takes place among the top metropolitan hotspots. The largest ten of them – San Francisco-San Jose, New York, Frankfurt, Tokyo, Boston, Shanghai, London, Beijing, Bengaluru, and Paris – account for 26 percent of all international co-inventions. The U.S. hotspots emerge as the most connected ones in the world.

Some other key report findings:

• Before 2000, Japan, the U.S. and Western European economies accounted for 90 percent of patenting and more than 70 percent of scientific publishing activity worldwide. These shares have fallen to 70 percent and 50 percent, respectively, for the 2015-2017 period amid increased activity in China, India, Israel, Singapore, the Republic of Korea, among others.

• Multinational companies locate their research and development (R&D) activities in hotspots that offer specialized knowledge and skills. For example, Google’s headquarters in Silicon Valley only account for somewhat less than half of the company’s patenting activity, with Zurich, New York City and London showing as other important sources of inventor locations.

• There are notable differences in patterns of scientific and inventive activity. Scientific activity is internationally more widespread. There are many middle-income economies hosting universities and other research organizations that generate large numbers of scientific publications – often in collaboration with partners in the U.S. and Europe. However, those economies account for relatively few patents. Generally, international collaboration is more frequent in scientific publishing than in patenting.

• The rise of highly successful innovation hotspots has coincided with a growing inter-regional polarization of incomes, high-skilled employment and wages within countries. While other factors have contributed to such regional inequalities, regional support and development policies can play an important role in helping regions that have fallen behind.

Innovation reshapes the car industry: IT firms take their seats

The report delves deeper into the global innovation landscape of two industries undergoing profound change. One is the automotive sector, where the adoption of autonomous vehicles technology is causing disruption. New entrants – from within the automotive industry and from the information technology (IT) industry – are challenging established players.

The advent of autonomous vehicles technology is broadening the innovation landscape, with several IT-focused hotspots – which traditionally were not at the center of automotive innovation – gaining prominence. Both automakers and IT firms still seem to favor home-based sites for their innovation activities.

The report also studies trends in agricultural biotechnology. Most scientific and inventive activity in crop biotechnology occurs in a few economies. China, Germany, Japan, the Republic of Korea and the U.S. account for more than 55 percent of all crop biotech articles and more than 80 percent of all patents. Within those economies, innovation occurs mostly in large metropolitan areas. Relative to other fields of innovation, however, innovative activity is more geographically widespread, spanning many countries in Africa, Latin America and Asia. This partly reflects the need to adapt innovations to local conditions.

Four private firms perform a large part of the of R&D investment in plant biotechnology – Bayer Cropscience, BASF, ChemChina and Corteva – but there is an increasing need for collaboration with the public sector to access pools of germplasms and cultivars held by public research institutions. Since the 2000s, co-patenting between private firms and public institutions has become the main type of collaboration overtaking the co-patenting among private firms.