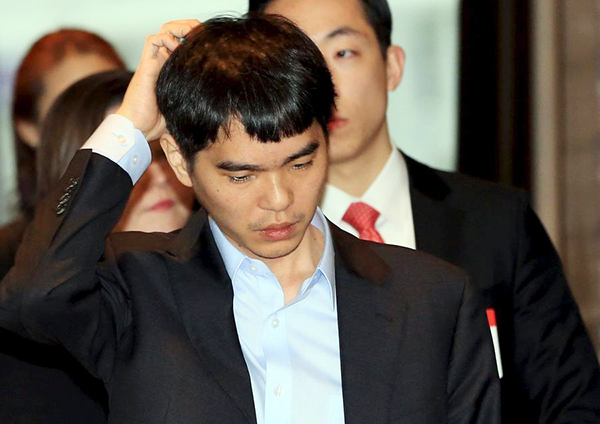 SEOUL, March - South Korean Lee Sedol, the world champion of the ancient Chinese board game Go, on Sunday defeated Google's computer program AlphaGo for the first time in the fourth of a historic five-game match.

The final winner of the best-of-five match was already determined as the Go-playing program won the third consecutive game on Saturday, but Lee raised his score to 3-1 with the first victory over machines.

One million US dollars in prize will be donated to charities.

The "match of the century" drew attention from around the world as it was seen as a representative match between humans and artificial intelligence (AI).

Lee's victory defended the last remaining pride of human Go players as Lee achieved his goal of winning at least one game.

The first victory of the human champion came as the computer program made many "questionable" moves in the middle of the match, which commentators said must be mistakes and algorithm errors.

Such moves, which were also displayed in the previous matches, proved to be a strategy for a "bigger picture" in hindsight that had not been found in the human Go world, so it made the match unpredictable until near the end.

Keeping his dominating position until the end, Lee eventually defeated AlphaGo as the AI resigned after exchanging 180 moves for nearly five hours in the fourth match that started from 1:00 p.m. in Four Seasons hotel in Seoul.

The final match will be held in Seoul on Tuesday after a one-day break.